PJ Hegarty led this project to create a vibrant, modern and much-needed check-in area capable of handling up to four million passengers a year, which marked the first phase of new development within Dublin Airport. Alongside our partners, we transformed an existing double-height basement storage area within the terminal into Check-In Area 14, adding 25 new check-In desks, a ticket office, and 12 self-service kiosks. The check-in area measures about one quarter of the existing floor area of the terminal and was delivered on time and within budget. 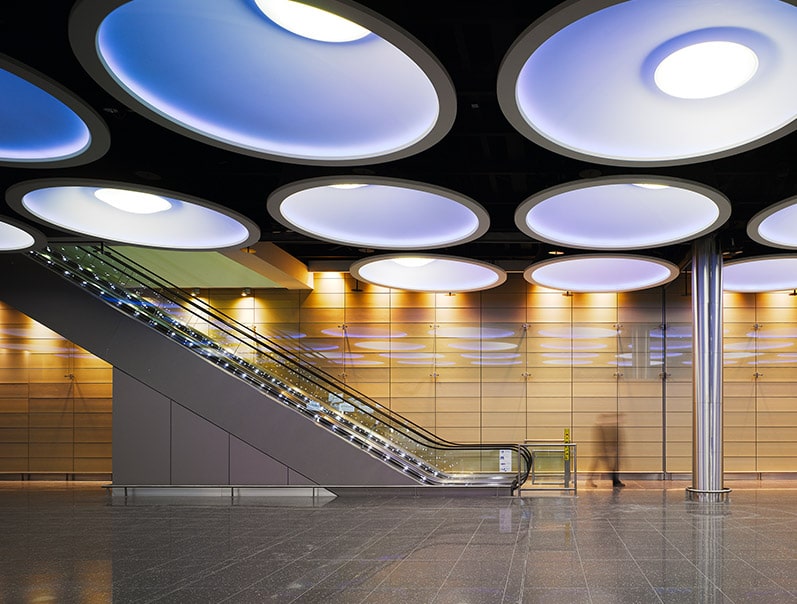 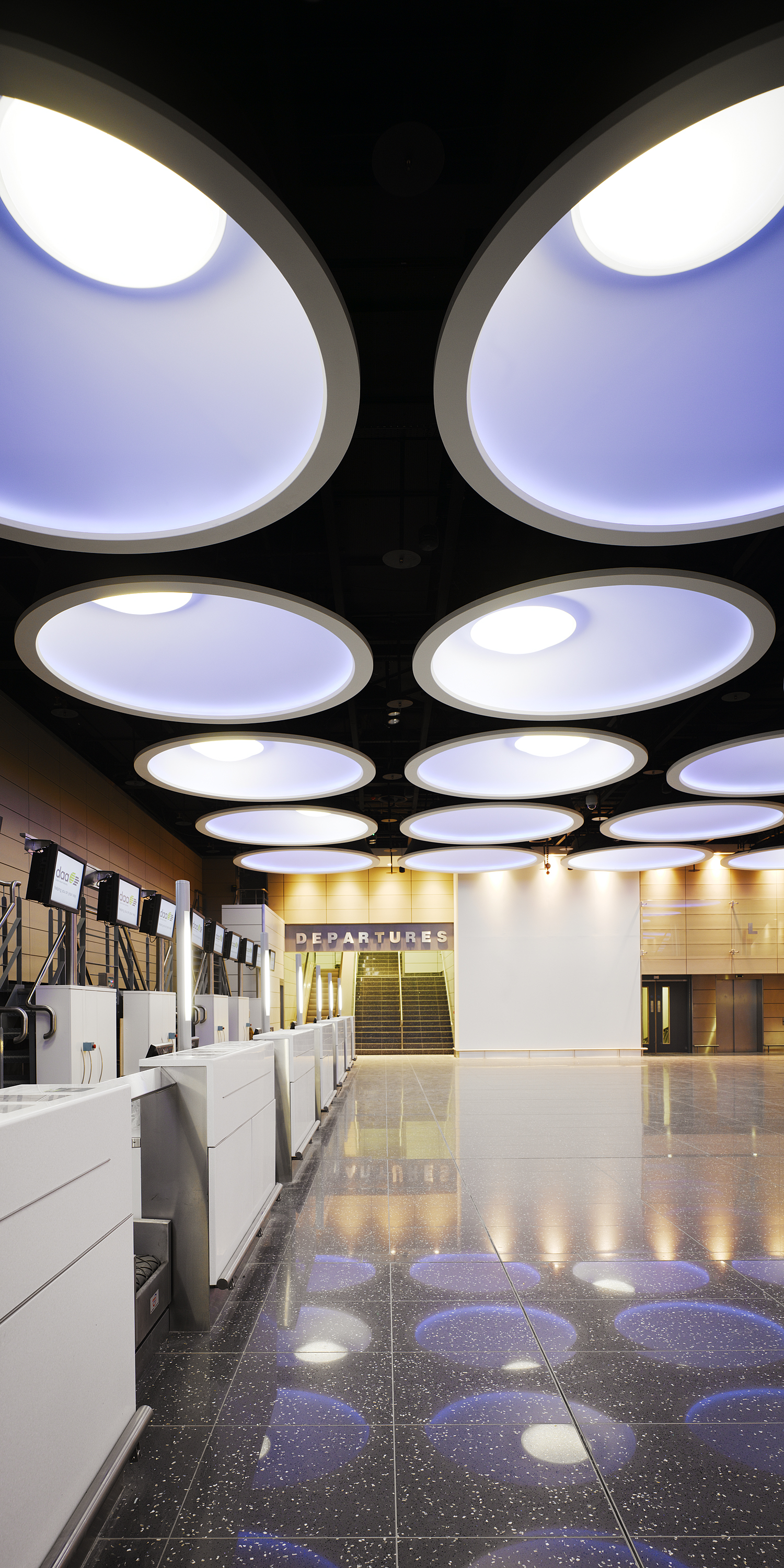 A new baggage handling system was constructed adjacent to the check-in at basement level although due to space constraints, the handling system was fitted on a new mezzanine level which was suspended from the ceiling. The new check-in area required the installation of five new escalators, two of which were the longest installed escalators in Ireland at the time. Three more escalators were provided within a newly formed core to take passengers from the basement to the departure area on level 2, in addition to the upgraded triplex lift and stairs access. 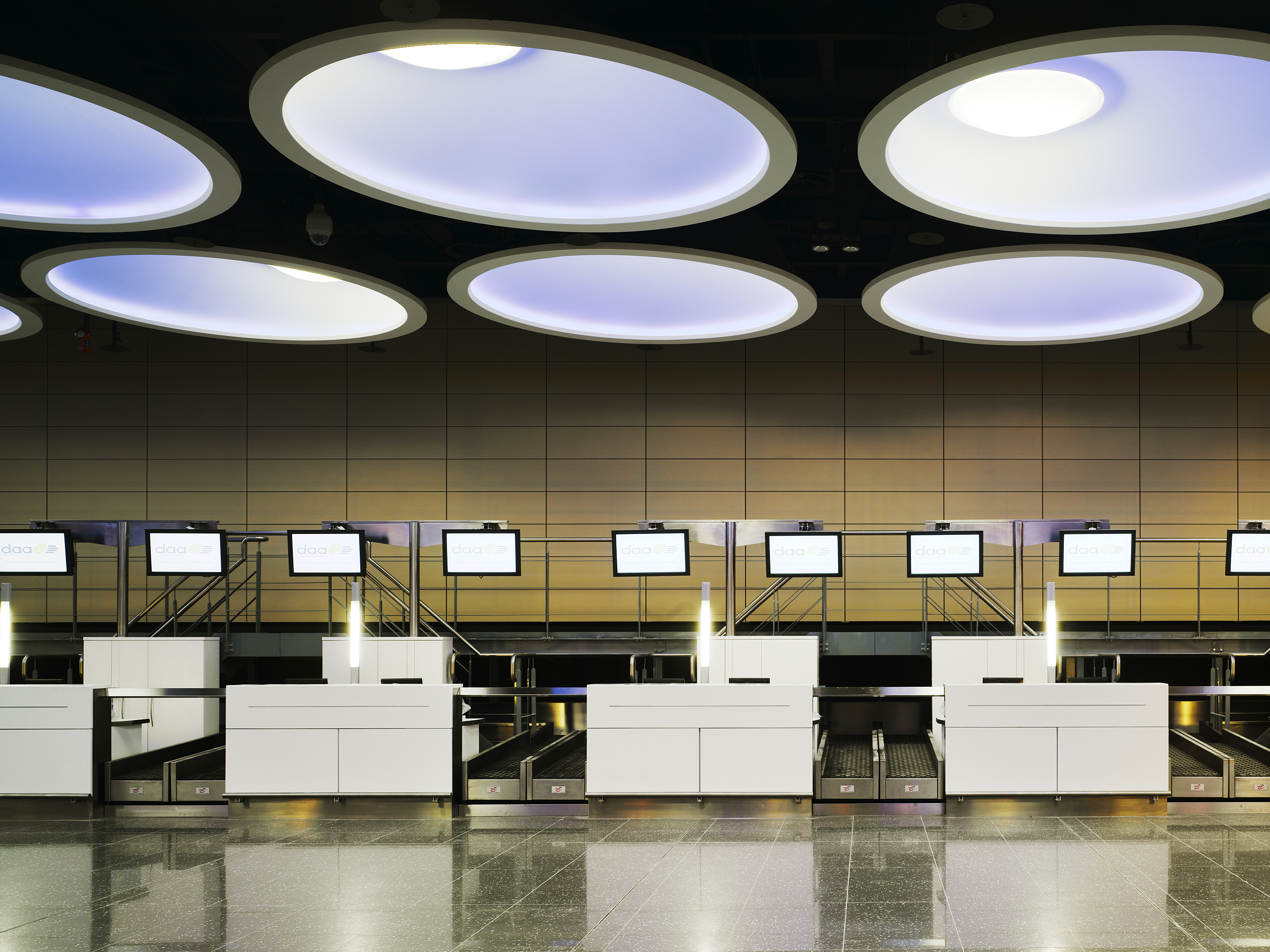 Mechanical and electrical installations along with a new baggage handling system were installed, while construction required an overhaul of the ventilation system serving the main hall to cater for 1,000 passengers at any given time. Mechanical and electrical services are monitored and controlled via a Building Management System and the area is fitted with sprinklers and internal fire suppression systems. Floor, wall and ceiling finishes plus unique lighting discs create an appealing and welcoming environment in line with the design brief. The project was completed during live ongoing operations at the airport without causing disruption.